Gluten free Almond Brownies..
I can’t believe I had stopped making Brownies in the last few months because I can’t stop eating at just one.
I have several brownie recipes in my blog. But my son wanted to try his hands on baking today and picked up his new book “The little baker” gifted by his dad to him. The first recipe he chose is the bittersweet Brownies from the book, but me being me (my kitchen, I bake and leave me alone here me) slightly modified the recipe and made these utterly fudgy almond Brownies. These are gluten free, deliciously fudgy and loads of crunch thanks to the chopped alomnds.

Ingredients
120 g soft butter
150 g sugar
2 eggs
1 tsp. vanilla extract
100 g unsweetened chocolate, melted
200 g Almond flour
1/2 tsp. Salt
60 g chopped Almonds
.
Method
1. Preheat the oven to 180°C. Line a tray with baking paper
2. Mix butter and sugar until light and Fluffy
3. Add eggs one at a time to the mixture, whisking as you go, until creamy.
4. Add vanilla and melted chocolate. Mix well.
5. Slowly mix in almond flour and salt.
6. Add the chopped almonds.
7. Pour into the tray. Bake for 30 to 40 minutes. Then insert a toothpick or skewer. If it comes out clean, they’re ready. But the brownies may not be hard! Still fudgy.
8. Cool and slice into bars.
9. Enjoy

Also in the blog now:

Filed Under: Quick and Easy
Strawberry Coconut Rice Smoothie
How to make Avial

Tried this recipe? Let me know your comments.. Cancel reply

This site uses Akismet to reduce spam. Learn how your comment data is processed.

Another pic of my Spicy Garlic Hemp Seeds Chutney

No recipe.. just a not very well planned breakfast

A little about me 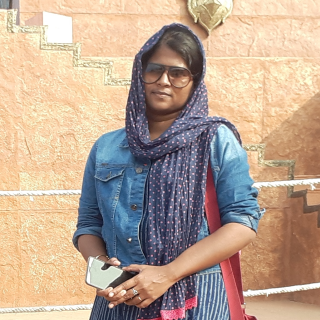 I am a software engineer, passionate about cooking and writing. As a mother, and a working woman I try my best to manage my family's health by cooking healthy food. Since I love baking, desserts are my forte. I will share my recipes, shortcuts and photographs in my blog.. Hope you find them useful..